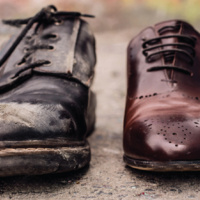 2020 Levine Lecture: "The Fighter and the Victim: Two Enslaved Women in the Life of Frederick Douglass"

Join us for the Center for the Study of the New South's Annual Levine Lecture, this year featuring  Dr. Bill Andrews of UNC Chapel Hill. Dr. Andrews will discuss his book, Slavery and Class in the American South: A Generation of Slave Narrative Testimony, 1840-1865 (2019; New York: Oxford University Press). The title of his talk will be "The Fighter and the Victim: Two Enslaved Women in the Life of Frederick Douglass."

“William Andrews has ‘lifted the veil’ on class relations within the slave community in the antebellum South.  Well-meaning scholars, mostly for political reasons, have far too often chosen to remain silent about distinctions of class drawn by black people among themselves, starting in slavery, choosing to discuss African Americans as if they were always a social monolith, and thereby reducing their complexity.  Andrews reveals, in riveting detail, that this has never been the case, even well before the Civil War.  This is a seminal work of scholarship, one destined to generate a new branch of literary studies, dedicated to studying how class mattered within the African American tradition.”—Henry Louis Gates Jr., Harvard University

Department
College of Liberal Arts & Sciences, Center for the Study of the New South
Hashtag