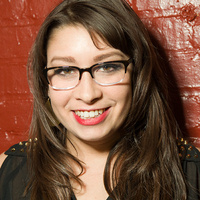 Alex Pearlman reports on ethical issues in emerging science and technology and the intersection of biotech with policy and social justice. Alex has previously reported on international human rights, women’s rights, technology policy, digital culture and freedom of information activism. Her byline has appeared in New Scientist, Motherboard, The Boston Globe, Al Jazeera, PRI’s The World, Vice, and elsewhere, and she holds a masters in Bioethics from Kings College London. She is currently a Research Associate and Communications Manager at the Petrie-Flom Center for Health Law, Biotechnology, and Bioethics at Harvard Law School, where her research focus is on the ethics of self-experimentation and biohacking.

About the series: Because citizen science work often works outside of institutional channels, it often faces difficulties when it intersects with institutional structures, often disproportionately hurting minoritized communities and those not traditionally served by academic and institutional research models. In this series, we explore this intersection with an aim of understanding how community participation can be made more equitable and just.

Series is co-sponsored by NC Biotech.