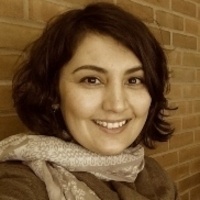 The health and safety of students, faculty, staff and community friends remains UNC Charlotte’s top priority. The University has been monitoring the rapidly evolving situation around coronavirus (COVID-19) and has been working in close collaboration with local and state resources.

After careful thought and consideration, UNC Charlotte has decided to cancel the Re-thinking Nationalism and Statelessness: Kurdish Women and the Revolution in Rojava. This was not an easy decision, but a necessary one in protecting the health and well-being of our campus community.

We will let you know if the University is able to reschedule the Re-thinking Nationalism and Statelessness: Kurdish Women and the Revolution in Rojava event.

Kurds are the world’s largest nation without a state to call their own -- some 35 million people spread across parts of Turkey, Iraq, Syrian and Iran. They have suffered severe repression and even genocide in all those countries and have been fighting for independence for generations. Kurdish military units, often led by women, have also led the fight against ISIS in recent years.

Since 2012 Kurds have conducted a radical experiment in self-governance in the northern region of Syria called Rojava, which borders Turkey.  They have created a decentralized economy, known as a Democratic Confederacy, based on radical democracy, social ecology, and feminism

The Kurdish Freedom Movement has evolved from its origins as a nationalist movement struggling for the recognition of the Kurdish identity, to one that deconstructs and decolonizes the very notion of the nation-state in northern Syria (Rojava). Isik’s talk will analyze the ways in which women have been at the center of the Rojava Revolution and the threat they now face under the Turkish invasion of northern Syria, which began last October.

Isik’s presentation will reflect on these questions:

How is “belonging” constructed to make different ethnic minorities and women part of the revolution? How do Kurdish women reimagine feminism, statelessness, and solidarity?

Ruken Isik is a Kurdish-American doctoral student at the University of Maryland, Baltimore County whose research focuses on the Kurdish freedom struggle and the role of women.

This event is made possible by a Diversity Mini-Grant from the Council on University Community / Chancellor's Diversity Challenge Fund.

An Interview with Ruken Isik: "Kurdish Women Struggle for a Next System in Rojava"

No charge, No RSVP

Parking: East Deck or Cone are the closest lots.