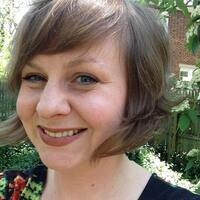 Tate Lecture: Out of the Cave: Manuscript Discovery and New Biblical Pasts

Rather than being a threat to "tradition" or "Scripture," tales about lost and found texts, and the people and animals who discover them, are a rich and ancient religious genre in themselves. From the Bible to Kabbalah, from the legendary Khazars to contemporary millionaire antique collectors, we will see how tales of hidden knowledge and new biblical pasts challenge our assumptions about what scripture and tradition means in Jewish literature and beyond.

Eva Mroczek is an Associate Professor of Religious Studies and Jewish Studies at the University of California, Davis. Her research stands at the intersection of early Jewish literary cultures, the history of scriptural interpretation, and book history. Her award-winning first book, The Literary Imagination in Jewish Antiquity (Oxford UP 2016), illustrates how early Jewish writers imagined their own sacred writing before the Bible existed as a concept. She is a currently a Frederick Burkhardt Fellow with the American Council of Learned Societies in residence at the Huntington Library in San Marino, CA, where she is working on two new projects: Out of the Cave: The Possibility of a New Scriptural Past, an intellectual history of manuscript discovery stories, and a guide to the imaginary books mentioned in ancient and medieval Jewish lore.