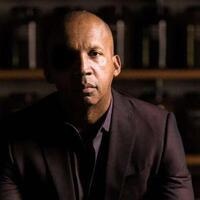 Join Catrine Tudor-Locke, dean of the College of Health and Human Services, for a spirited discussion on the Emmy Award winning film True Justice: Bryan Stevenson’s Fight for Equality featuring experts from UNC Charlotte and beyond. As the national dialogue on the justice system and systemic racism spills over into the new year, this interactive event offers an opportunity for our community to dive deeper into these issues. Attendees can access the documentary free here prior to the virtual panel.

Told primarily in his own words, True Justice shares Bryan Stevenson’s experience with a criminal justice system that “treats you better if you’re rich and guilty than if you’re poor and innocent.” The burden of facing this system is explored in candid interviews with associates, close family members, and clients.

This feature documentary focuses on Bryan Stevenson’s life and career—particularly his indictment of the U.S. criminal justice system for its role in codifying modern systemic racism—and tracks the intertwined histories of slavery, lynching, segregation, and mass incarceration.

Kristie Puckett-Williams is the Statewide Campaign for Smart Justice Manager for the ACLU of North Carolina and is a working scholar in Mass Incarceration with a focus on the treatment of women including pregnant women in carceral facilities. Kristie holds an M.A. in Human Services Counseling: Addiction and Recovery Counseling. Having survived domestic violence, drug addiction, and long term incarceration via community corrections, she is now an advocate and activist, fighting for the rights of all marginalized and disenfranchised people.

Recently, Kristie was appointed by NC’s Governor to serve as the Chair of the Women in Incarceration Workgroup for the State Reentry Council Collaborative. Also, Kristie is currently traveling across the state of North Carolina with the Attorney General and his staff to conduct roundtables to talk about pretrial detention practices in the state. Kristie serves on the Domestic Violence Advocacy Council, the Domestic Violence Speakers Bureau, and the Domestic Violence Fatality Review team in Mecklenburg County.

Her goal is to use her educational and life experiences to convey a message of strength and hope in the community as well as a message of recovery, restoration, and redemption.

I wasn't able to attend this, but watched the documentary. Would love to get a recording of the discussion if available.