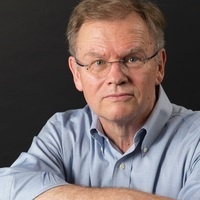 Witherspoon Lecture Focuses On The Very Idea of Queer Religion

“Queer religion” is a phrase with too many meanings—perhaps because each of its terms is a riddle.  When they are put together, they often mean the beliefs or ceremonies of people who count themselves queer in one way or another.  The phrase then covers a wide range from theological debates within organized religions to studies of impromptu rituals.  At other times, more rarely, the phrase claims an intrinsic connection between spirituality and dissents from sexual or gender norms.  Writers use this second sense of “queer religion” to advocate for fabulous mythologies and vivid rites—not to say, radical reforms of language.  If there is an intrinsic connection to spirituality, what does that imply about who is queer?  And how might it alter our understanding—or misunderstanding—of being religious? For more informatio and to register, visit https://religiousstudies.uncc.edu/news/witherspoon-mark-jordan or visit us on social media:

Join Dr. Mark Jordan, Neibuhr Professor at Harvard University Divinity School, as he talks about Queer Religion at the annual Loy H. Witherspoon Lecture sponsored by the Department of Religious Studies at UNC Charlotte. A scholar of Christian thought, European philosophy, and gender studies, he currently teaches courses on the relations of religion to literature and the prospects for sexual ethics.

A 6 p.m. reception will precede the program.